Giuseppe (Pino) Civitarese was an oceanographer from Trieste.

He has a small but fascinating collection of paper automata.


"Automata, from the Greek automatos, "acting of one's own will, self-moving" is more often used to describe non-electronic moving machines, however, especially those that have been made to resemble human or animal actions, such as the jacks on old public striking clocks, or the cuckoo and any other animated figures on a cuckoo clock. See more from Wikipedia.

Thanks to the web, paper automata represent a fascinating evolution of the mechanized toys developed during the XVIII and XIX century. The possibility to export the complete design throughout the world with a simple click of the mouse gives paper automata (and in general paper modeling) a great impact.

Despite the relative simplicity of the material, paper automata intrinsically are objects with a high degree of technology, where the principles of mechanics meet the artistic creativity. "

Most of the templates used to create the models are free. 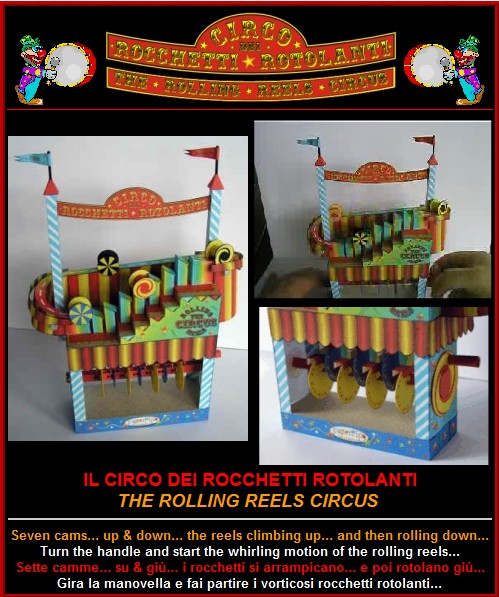 
See all Topics
Posted by Doug Klippert at 3:53 AM